The best science goes both ways

Late last year, it was discovered that a scary superbug gene has now been found in Canada, from two ground beef samples and an E. coli culture from an infected patient. I know the word “super” is thrown around a lot these days… there are super foods, super fruits, super workouts and super proteins. Unfortunately, superbugs do not imply the same promises of good health. Superbugs are bacteria that have become resistant to antibiotics – and the implications of that on human (and animal) health are frightening. When bacteria become resistant to several strains of bacteria, it means many of the medical advances we’ve gained in the past 70-odd years could be lost.

Canada is taking some major strides toward making sure that antibiotics in the human class will no longer be used as growth promotants, but many say Canada lags behind many other developed nations by as much as 10 years.

The superbug found late last year is the MCR-1 gene, which is an adaptation that makes bacteria invincible to colistin, a potent antibiotic used only when all others have failed. And what that means is that illnesses that were previously curable may once again become big killers.

As scary as the idea of superbugs may be, the science is pretty safe. In a world where bacteria are targeted by antibiotics, only the strongest bacteria will survive – and that means the bacteria that persevere are evolving to become resistant to the weapons we develop against them.

Scientists are scrambling to generate new antibiotics, but new discoveries are few and far between. (Although research in probiotics holds promise for the future.)

So why did it take Canada so long to act on antibiotics when the Public Health Agency of Canada released a series of recommendations all the way back in 2002, specifically calling for an end to the “own-use” loophole that allows producers to import antibiotics for use on their own operations? Hard to say, but Canada didn’t really seem to start wanting to take the issue seriously until Uncle Sam did. Harmonizing our livestock and meat industry may make good business sense, but when it comes to policy affecting public health, sometimes being the little guy isn’t the best position to be in.

Some of the resistance, no doubt, came from producers, producer groups and stakeholder lobbyists. I recall looking at this issue back in 2008, and the industry was largely hostile to inquiry about antibiotic use. I heard stuff like, “It’s just fear mongering from vegan scientists,” – the same kind of denialist rhetoric that used to be more common regarding climate change.

I’m seeing some anti-science backlash again lately in regard to the WHO red meat cancer warning. Processed red meats seem to cause the most cancer trouble, though the risk for colon cancer does also increase for people who consume more than 18 ounces of unprocessed red meat weekly. The media went nuts with this story, prompting the WHO to try and clarify the information for the public.

In general, most non-specialized media suck at science reporting, and this was no exception. Yes, there does appear to be an increased risk from processed red meat and to a lesser degree, unprocessed red meat. No, the risk is nowhere near as dire as smoking tobacco. And no, the whole world does not need to become vegetarian. Yes, bacon will probably remain at its current high prices.

But just because the story was taken out of context does not mean the science behind it isn’t legitimate. And as advocates for our industry, we have to realize the science street goes both ways.

Science has done so much for livestock production from vaccines to technologies that make our animals more efficient, which raises our profits, and is good for the environment too. And as an industry, we are very quick to point out how science benefits the consumer. When we are criticized or feared for things like beta-agonist use or implants, we use science to defend our position, asking the public refer to any number of studies that have been undertaken in the regulation process.

But if we’re going to put our money where our mouth is, we have to rationally deal with science even when it generates results we might not like. Especially in this new world of building social license to operate through transparency, it’s increasingly important that we don’t deny science, but that we always embrace it with honesty, integrity and optimism. I think that if we are going to become trusted partners in the global food production system, we have to not only accept science, but also provide the context for the results of research.

And let’s be real, 18 ounces of unprocessed red meat a week is probably more than many Canadians consume. Considering the cancer risk is quite small, but that the risk is well demonstrated, I think that as an industry, we have an opportunity to market around the risk, and build trust – and all without sacrificing the scientific foundation that has steadied us for years

Westman Farms had its beginning in 1926 when Doug and Murray Westman’s grandparents John Batke farmed the location where Westman Farms currently stands.

No one expects to get an early Saturday morning phone call from a member of the provincial cabinet, but Evan Berger, Alberta’s new agriculture minister called to do an interview before heading out to finish harvesting his canola.

When Cameron Olson was nine years-old his family moved southeast of Calgary to Rockyview County to his grandparent’s farm. 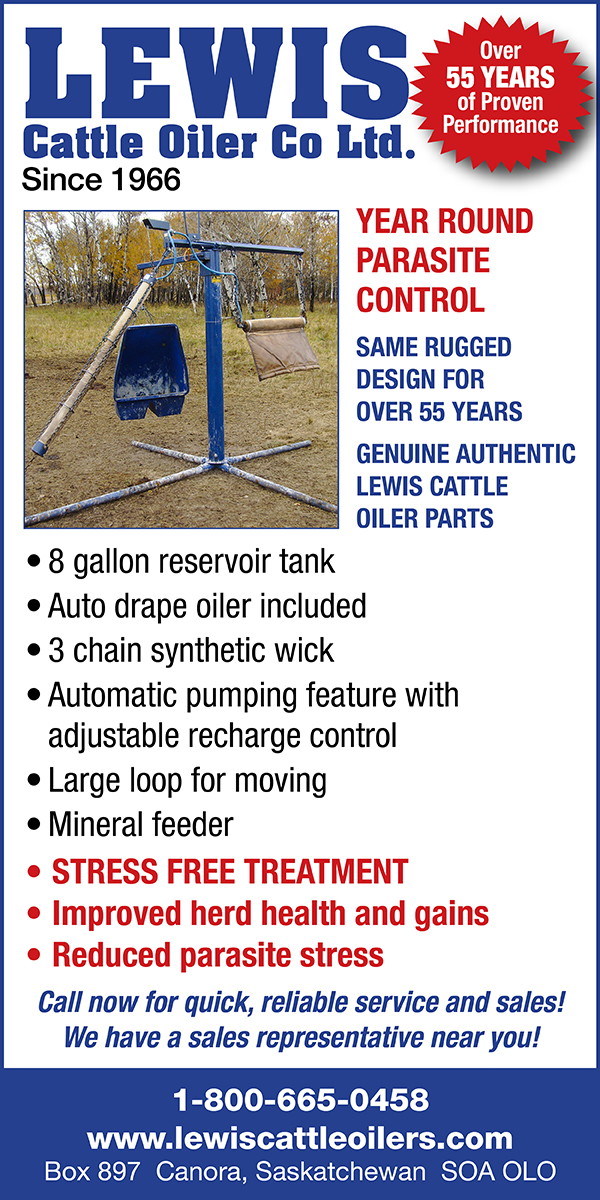